Continue to read on to learn more about this type of sushi roll. 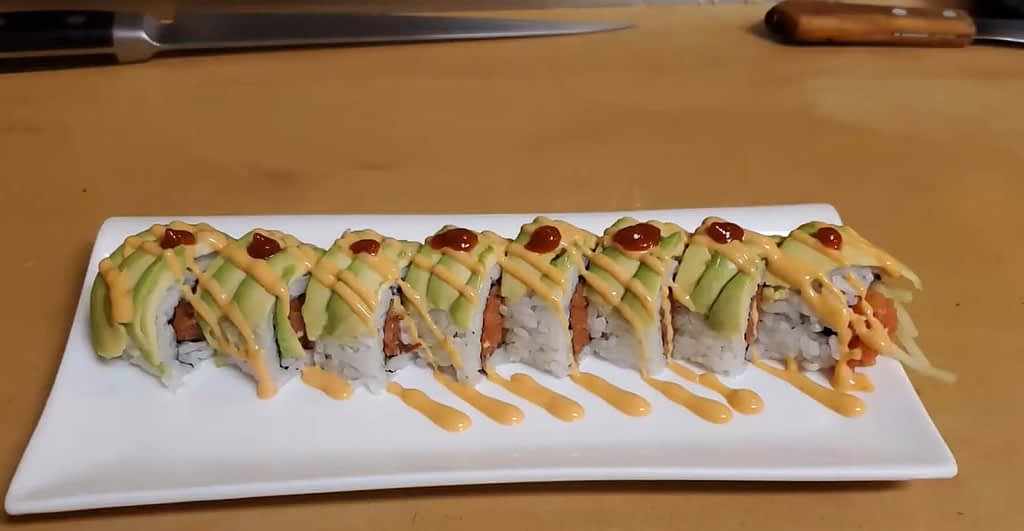 In general, 911 sushi rolls are made with several ingredients. This includes tuna fish, green onions and avocado. The other ingredients that are typically used in 911 rolls include spicy sauce, orange masago, tempura and sesame. Some people do alter the ingredients, such as replacing the tuna with another type of meat, such as crab.

The 911 rolls are medium-sized rolls that are served in eight pieces. Generally speaking, there are around 200-250 calories in eight 911 rolls. The exact number of calories your 911 rolls will have depend on several factors such as what the ingredients are and how many pieces you order.

Some restaurants serve 911 rolls differently. For example, one establishment might serve six rolls, while another establishment serves eight rolls. This is also why sometimes the ingredients will slightly differ from one place to the next.

Restaurants are among the most popular choices when it comes to ordering 911 sushi rolls. The best restaurants know exactly how to prepare the rolls, and they can often tweak the ingredients to suit their customers. If you want great tasting sushi rolls, then you should consider ordering from a restaurant.

Homemade sushi rolls is another option for those who want to try 911 rolls, but don’t necessarily want to order them from a restaurant. All you need is a handful of ingredients, a sushi making kit and a little bit of time. Generally speaking, the more you make these rolls, the easier making them will become. Just make sure you get quality ingredients if you attempt to make the rolls yourself.

Grocery stores often sell sushi rolls, but not all of them carry 911 rolls. You’ll want to check out a few stores to see if they sell sushi. You’ll want to compare the stores’ prices and portion sizes before deciding which place to go to. Remember, the goal is to buy high quality 911 sushi rolls.

Whether you should buy the sushi rolls from a grocery store, make them yourselves or order them from a restaurant is a matter of personal preference. Weigh the pros and cons of each before deciding which to do. Here’s a tip, order from a restaurant if you have never attempted to make sushi. If you’re looking for top notch sushi rolls, then do your research on restaurants before placing an order with one.

Now you know what a 911 sushi roll is. All you have to do is decide whether or not you should find a restaurant that serves it or you can acquire the ingredients and attempt to make it yourself. As you can see, it is relatively easy to make, and it doesn’t contain too many calories. Regardless of what you do, you should consider trying this sushi roll in the near future.