You are here: Home / Sushi Guide / Tobiko and Masago – What are the differences?

Sometimes confused with the delicacy caviar, Fish roe has been a staple in Japanese cuisine since the beginning of time.

Unlike roe, caviar is cured (low-salt), and generally comes from the Sturgeon fish. The most common caviar types are White or Amur Sturgeon, Beluga Whale, Sterlet, Kaluga, Hackleback, and Sevruga. Below, we will further discuss the most popular kinds of fish roe found in sushi: Tobiko and Masago.

Tobiko and Masago are fish roe commonly found in sushi. They are a garnish on rolls and considered the finishing touch, but they can be enjoyed all on their own. The main difference between the two types of eggs is that Tobiko comes from a tropical flying fish, and Masago comes from an Artic Atlantic fish called the Capelin. 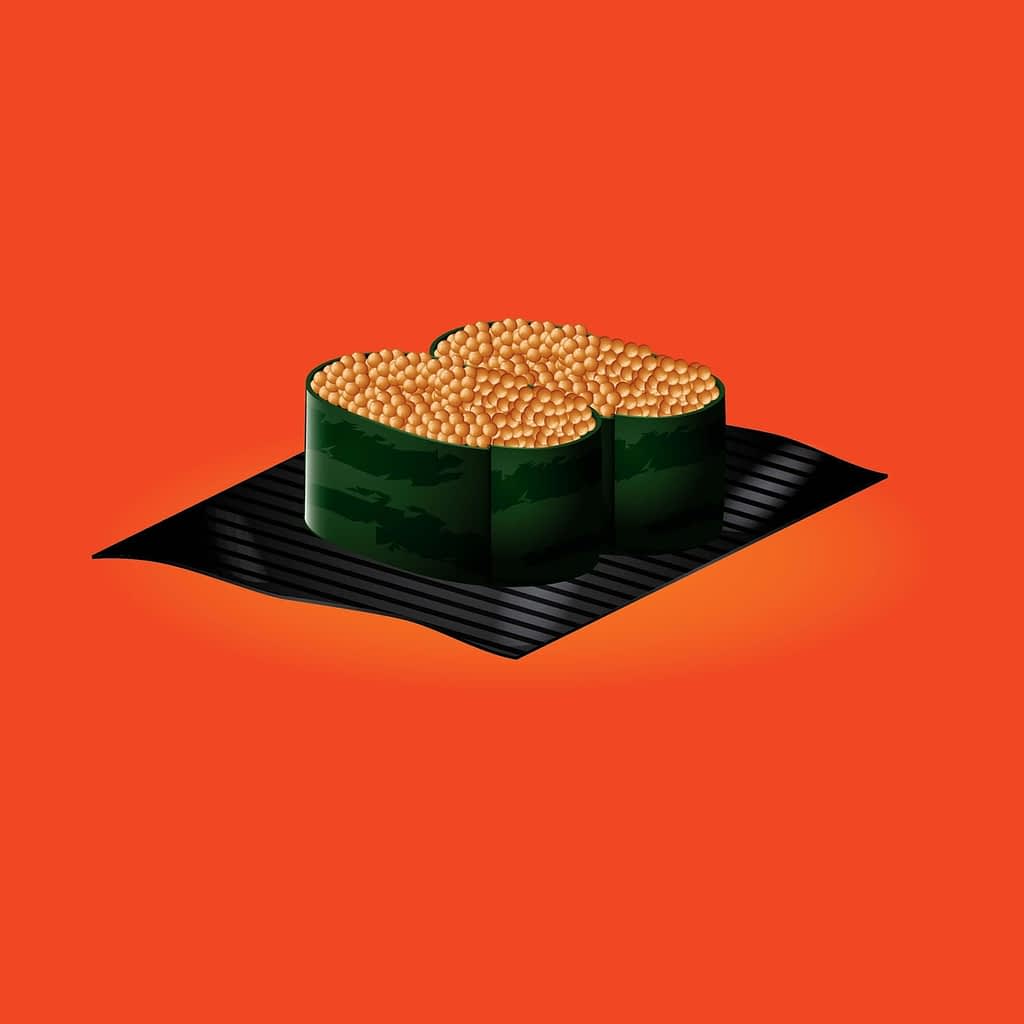 Of the two types of fish roe, Tobiko is the most well known with its bright red coloring and crunchy texture. It is added to various types of sushi rolls, which has a mild taste. Tobiko imparts on the palette a salty yet slightly sweet flavor. If you eat sushi often, particularly the California roll, then you have most definitely had Tobiko tickle your tongue.

As mentioned above, the crunchy texture and bright appearance of Tobiko is what makes it so popular with sushi lovers. The bright red appearance and the fun crunch of Tobiko are paired with sushi and other dishes such as nigiri. Who doesn’t love piling roe on top of vinegared sushi rice? It can also be enjoyed on salads, egg dishes such as omelets, or simply atop a cracker.

Tobiko is smaller than ikura (Salmon roe) but larger than Masago. It is sometimes colored with various things to change its appearance. To make it black, Tobiko is colored with squid ink. As for a pale orange to yellow, yuzu is used, and to make it green and spicy, wasabi is mixed into it.

Nutritionally speaking, Tobiko is protein-packed and full of vitamins and omega-3 fatty acids. As part of a healthy diet, Tobiko can be a great addition but should be enjoyed in moderation due to its high cholesterol content. Since it is generally used just as a garnish, it is not considered to be too impactful on one’s diet.

Briefly introduced above, Masago is the roe of Capelin. This fish roe is often dyed as well, but more so because it has a dull appearance. With a similar taste to Tobiko, Masago does not have the same distinctive 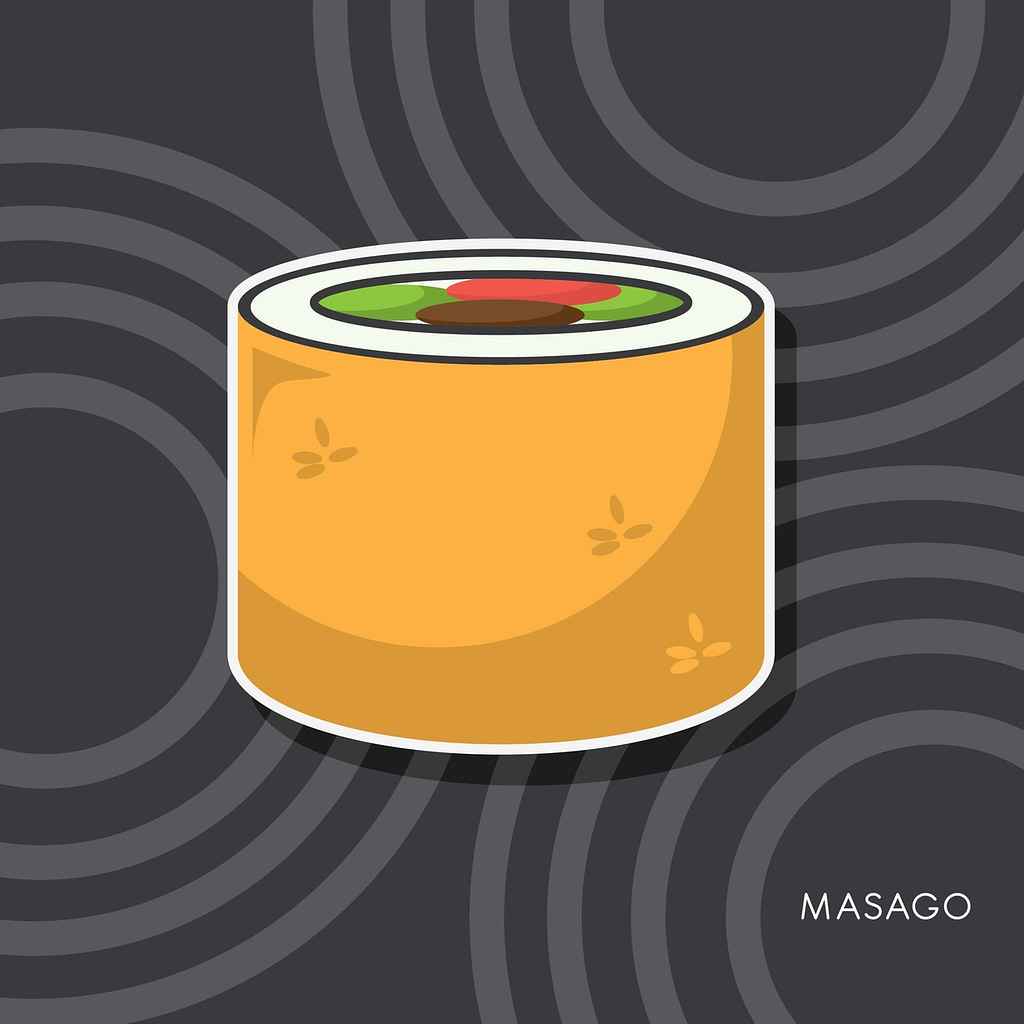 crunch. Unfortunately, it is not as versatile as Tobiko but is still enjoyed as a garnish. Often Masago is touted to be Tobiko in sushi restaurants, however as knowledge has spread about sushi, restaurants can no longer get away with it. Masago is significantly cheaper than Tobiko, so many restaurants will continue to use it instead.

As noted above in size and color, Masago differences are noticeable by a discerning palate and keen eye. Even though Tobiko seems to be the more popular of the two, Masago has its own distinct flavor that many love. Known as smelt roe, Masago is a pale yellow and has a bit of crunch to it. Masago is also protein-packed, full of omega-3 fatty acids and vitamins.